The Climate and Ecological Crisis

“We are facing an unprecedented global emergency. Life on Earth is in crisis: scientists agree we have entered a period of abrupt climate breakdown, and we are in the midst of a mass extinction of our own making.”

In order to limit warming to 1.5ºC recommended by the IPCC report, global net CO2 emissions need to decline by about 45% from 2010 levels by 2030. Despite initial progress on cutting its carbon emissions, the UK will miss legal climate targets without urgent action. Climate scientists believe the UK Government is overstating its progress on cutting emissions by not including the effects of shipping, aviation and consumption.

The Facts about the Climate Emergency

Temperature records are consistently being broken. 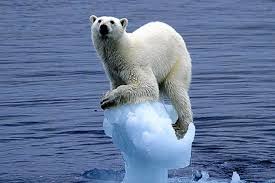 Carbon dioxide concentrations are at a record high of 411 parts per million (ppm).  This is an increase of over 45% on pre-industrial levels. Concentrations are now at the highest levels in at least the last 3 million years (i.e. since before modern humans had even evolved on this planet).  Rising levels of greenhouse gases are directly linked to human activity like burning fossil fuels and clearing forests. There is a clear link between greenhouse gas emissions and global heating.

Sea level is rising faster in recent decades. Sea level rise is caused primarily by two factors related to global warming: the added water from melting ice sheets and glaciers; and the expansion of seawater as it warms. Sea level rise will cause inundation of low lying land, islands and coastal cities globally.  The British coastline is already crumbling away, and seaside towns are losing the battle to save homes.

As sea levels rise higher over the next 15 to 30 years, tidal flooding is expected to occur much more often, causing severe disruption to coastal communities, and even rendering some areas unusable within the time frame of a typical home mortgage. 2°C warming would threaten to inundate areas now occupied by 130 million people, while an increase of 4°C could lock in enough sea level rise over the coming centuries to submerge land currently home to 470 to 760 million people globally.

Droughts and Floods are more frequent.

More frequent and severe water extremes, including droughts and floods, impact agricultural production, while rising temperatures translate into increased water demand in agriculture sectors.  Risk of extreme weather hitting several major food producing regions of the world at the same time could triple by 2040 (1 in 100 year event to 1 in 30).  A recent study looking at the impact of climate change on food production for the top four maize-exporting countries, which currently account for over 85% of global maize exports, found that “the probability that they have simultaneous production losses greater than 10% in any given year is presently virtually zero, but it increases to 7% under 2°C warming and 86% under 4°C warming.

As global temperatures rise we are seeing an increase in extreme weather events such as heatwaves. For example, scientists from the UK Met Office who examined the extreme heat wave which struck Europe in the summer of 2003 (which is now thought to have killed 70,000 people) concluded  that “it is very likely…that human influence has at least doubled the risk of a heatwave exceeding this threshold magnitude.”  More recently, it has been estimated that the record breaking European summer of 2019, which killed almost 1500 people in France, has been made at least five times more likely due to human induced climate change.  If we carry on burning fossil fuels, such extreme heatwaves will become an average summer for Europe by 2040 and almost all summers will be hotter than that by 2060!

We are in the midst of the sixth mas extinction.

Globally, the latest Living Planet Index estimates an average decline of 60% in the population size of thousands of vertebrate species around the world between 1970 and 2014 – with even faster declines in freshwater populations.

We have to act now.

The longer we emit greenhouse gases and the hotter it gets, the more likely that multiple interacting tipping points  could push the Earth into hotter states, from which it will be impossible to return for thousands of years. In short, even if we manage to greatly reduce greenhouse gas emissions to meet the Paris agreement target of keeping below 2°C of heating (we are currently on track for three or more degrees of heating) there is a small but significant risk that we might trigger irreversible feed backs that make us overshoot the target. If we don’t take radical action, and/or we trigger these tipping points, the outcome would be devastating for natural ecosystems and human societies across the world. We therefore need to make extra effort to urgently reduce global greenhouse gas emissions and aim to keep global temperatures below 1.5°C of warming.

The overwhelming majority of climate scientists agree that human induced climate change poses a huge threat to the world. The Intergovernmental Panel on Climate Change (IPCC) is signed up to by 192 governments. Its reports are written by independent scientists. It is one of the most rigorous scientific bodies that exists. It brings together many thousands of scientists from countries all over the world to put together the best assessments of climate science available.  There is an overwhelming consensus, based on decades of climate science and the work of thousands of scientists around the world which says that the climate crisis is real.