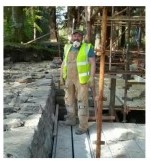 My passion for our environment has developed since studying environmental art at Glasgow School of Art. Having lived in Lochaber for many years now, I am just about acclimatised. I am a qualified dry stone mason and have designed and built an off-grid eco-house on my croft. I enjoy growing vegetables and working on the croft. 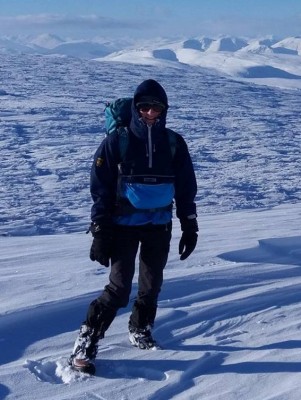 I am passionate about the environment and living sustainably, and spent many years working as a marine biologist in Scotland and New Zealand. I then branched out into home energy efficiency in Tasmania, before starting up a wildlife tour business in Caithness. In my spare time I enjoy exploring wide places, hill walking, and wildlife watching, and I am a coordinator of Extinction Rebellion Fort William.

I grew up on the Ardnamurchan Peninsula, which instilled in me a love for our natural environment and an interest in people/nature relations. I studied Geography at Edinburgh University, and then spent some time travelling in New Zealand and Nepal, before coming back to the Scotland and working for a Highland Estate. I am a trained Geography teacher, and taught field studies in North Wales for two years. In my spare time I love being outside – trail running, surfing, hiking, and practicing yoga.

The LEG Board of Directors:

Lochaber Environmental Group is managed by a Board of Directors, all of whom are volunteers. The governing document allows for between three and 12 Directors to be on the Board at any one time.

Marian Austin – Chairperson:  After graduating from Edinburgh University, Marian spent most of her working life in the ski industry – instructing in various locations around the world and then settling at Nevis Range in 1989 and becoming Managing Director in 2000. She was involved in various environmental projects including the Green Tourism Gold Award, implementing a carbon reduction plan, installing a wood chip boiler. She left Nevis Range in 2015 to set up a very small horticultural business with her husband on their croft in Banavie producing vegetables, soft fruit, cakes and jam.  She manages Nevis Range’s 1.1MW hydro scheme and after several years on the LEG board as secretary became chair in 2017. Being an outdoors person, Marian can often be found on a hill, a mountain bike or a boat when she is not pushing a wheelbarrow around the croft.

Susan Carstairs:  Susan has lived in Lochaber since 1992, and was the manager at LEG from 1999 to 2004, and then worked with SEPA on the Highland Waste Strategy from 2005 to 2011. She spent three years at Edinburgh University doing an MSc and a research project on greenhouse gas emissions in Lochaber.

Martyn Green:  Martyn spent his working life as a radiation protection scientist, initially monitoring radioactive fallout from weapons testing in the environment, and latterly measuring, researching and advising on human exposure to naturally occurring radioactivity. Since retiring to Lochaber he has enjoyed a slower pace of life, but has continued his environmental interest as a volunteer director.